“There are some things we should not do, even in the name of national security.”   –John Kiriakou

John Kiriakou is a former CIA analyst and case officer, former senior investigator for the Senate Foreign Relations Committee, and former counterterrorism consultant. While employed by the CIA, he was involved in critical counterterrorism missions following the terrorist attacks of September 11, 2001, but refused to be trained in so-called “enhanced interrogation techniques.” and Kiriakou never authorized or engaged in these techniques:

After leaving the CIA, Kiriakou appeared on ABC News in an interview with Brian Ross, during which he became the first former CIA officer to confirm that the agency waterboarded detainees and label waterboarding as torture. Kiriakou’s interview revealed that this practice was not just the result of a few rogue agents, but was official U.S. policy approved at the highest levels of the government. 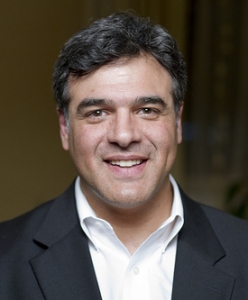 The government started investigating Kiriakou immediately after his media appearance. Five years later, the government finally succeeded in piecing together enough information to criminally prosecute him. He became the sixth whistleblower indicted by the Obama administration under the Espionage Act – a law designed to punish spies, not whistleblowers.

When Kiriakou came to GAP for help, we began acting as his legal counsel on whistleblower issues and started a public advocacy campaign on his case. Eventually, in order to avoid a trial that could have resulted in separation from his wife and five children for up to 45 years, he opted to plead guilty to one count (not Espionage) in exchange for a 30-month sentence.

Kiriakou is the sole CIA agent to go to jail in connection with the U.S. torture program, despite the fact that he never tortured anyone. Rather, he blew the whistle on this horrific wrongdoing.

Kiriakou’s Service To His Country

Kiriakou worked at the CIA from 1990 until 2004, risking his life on several occasions. He began his career at the CIA as an analyst, and later served as a counterterrorism operations officer overseas. 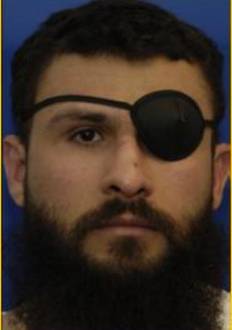 After the 9/11 terrorist attacks, Kiriakou became the chief of counterterrorism operations in Pakistan. CIA officials offered to train Kiriakou in “enhanced interrogation techniques,” but he refused. While serving in Pakistan, Kiriakou led the CIA team in the March 2002 raid and capture of Abu Zubaydah, who was considered al Qaeda’s third-ranking official at the time. Kiriakou sat with Abu Zubaydah for days after his capture, but did not witness the agency waterboarding him. The CIA distributed disinformation internally that Zubaydah had been waterboarded one time, and that as a result, he had “cracked.” It was later revealed that the CIA waterboarded Abu Zubaydah 83 times, and the waterboarding had not resulted in any actionable intelligence. Although Zubaydah’s interrogations were videotaped, the CIA later destroyed the videos despite a judicial order to preserve them, claiming it was done to protect the identities of agents shown in the footage. Following Zubaydah’s capture, Kiriakou became Executive Assistant to the CIA’s Deputy Director for Operations, where he served as the Director of Central Intelligence’s principal Iraq briefer.

Kiriakou left the CIA in March 2004. He later served as a senior investigator for the Senate Foreign Relations Committee and as senior intelligence advisor to Committee Chairman Senator John Kerry. Kiriakou also authored a book and worked as an intelligence consultant.

In the 2007 interview on ABC News, Kiriakou became the first CIA officer to publicly confirm that the CIA had waterboarded prisoners, and that such an action was torture. He also confirmed that torture was an official U.S. government policy, rather than wrongdoing by a few rogue agents. 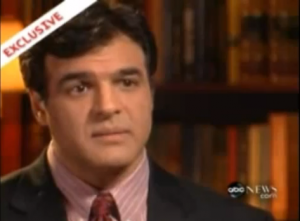 Immediately after Kiriakou’s 2007 interview, the CIA submitted a crimes report to the Department of Justice (DOJ), a step typically taken to alert the authorities to an improper disclosure of classified information. The DOJ declined to prosecute Kiriakou. But in the following years, and as Kiriakou’s public statements continued, the CIA sent at least six more crime reports to the DOJ.

In August 2008, Kiriakou, in a discussion with an individual who claimed to be writing a book on the CIA’s rendition practices, confirmed the name of an agent (Officer A) who had been involved in the agency’s rendition and detention program. Despite the individual’s claims that he was working as a reporter, the name of Officer A, though never published, eventually wound up in a January 2009 sealed defense filing at the military commission trials in Guantanamo Bay, Cuba. Despite the fact that Officer A’s name was well known in the human rights community, the Justice Department argued Kiriakou had violated the law by confirming it, a claim that a member of Kiriakou’s criminal defense team said “criminalized routine conduct between journalists and their government sources.” (The public did not know Officer A’s name until four years later, well after Kiriakou had been charged).

Also in 2008, a New York Times reporter writing a story on interrogations contacted Kiriakou and asked him about CIA agent Deuce Martinez. Kiriakou shared Martinez’ business card, which identified Martinez as working at a private government contractor known for its involvement in torture. Martinez had not been an undercover agent, and his contact information and past job as an intelligence officer was listed on the Internet and available to the public. But the FBI later alleged that information was classified, despite the fact that at the time Kiriakou was charged (approximately 10 years later), the story of Abu Zubaydah’s capture and interrogation was well known.

The Criminal Case & the War on Whistleblowers

Years after his ABC News interview, FBI agents contacted Kiriakou and asked for his help on an unrelated case. He promptly agreed, having grown accustomed to working with the FBI throughout most of his career. It was not until well into the resulting interview that Kiriakou realized that he was the target of the FBI’s investigation. The FBI then told Kiriakou that a team of FBI agents was, at that very moment, searching his house and seizing his papers and electronic devices.

Kiriakou was charged in January 2012 with five felonies. Specifically, he was charged with a.) three counts under the Espionage Act of 1917, an obscure World War I-era law aimed at prosecuting spies, b.) one count of violating the Intelligence Identities Protection Act (IIPA), a 1982 law aimed at thwarting radical publications that intentionally tried to out covert agents, under which only one person had been convicted since the law’s passage, and c.) one count of making false statements. Kiriakou faced a potential sentence of up to 45 years in prison and a $1 million fine if convicted of all five charges. Kiriakou originally pled not guilty to all of the charges and began to prepare for trial, which was expected to begin in November 2012.

Kiriakou became a target of the Obama administration’s war on intelligence whistleblowers, an ill-advised campaign riddled with hypocrisy and selective prosecution. This truth-teller’s prosecution marked the sixthcriminal case by the administration against government whistleblowers accused of mishandling classified information – twice as many cases as all previous administrations combined.

Kiriakou became, and remains, widely viewed as an American hero who bravely served his country and blew the whistle on torture. In 2012, for example, Kiriakou was honored with the Joe A. Callaway Award for Civil Courage, an award given to individuals who advance truth and justice despite the personal risk it creates.

Meanwhile, countless others who have committed far graver offenses than Kiriakou have never been held accountable for their wrongdoing. For example, Scooter Libby, Vice President Dick Cheney’s former Chief of Staff, also received a 30-month sentence for leaking the identity of CIA agent Valerie Plame. This leak, unlike Kiriakou’s whistleblowing disclosures, held no public value. President George W. Bush, however, commuted Libby’s sentence. Similarly, Michael Vickers revealed the name of an intelligence official to the makers of Zero Dark Thirty … yet he was never held accountable for his disclosures. And General David Petraeus leaked information to a journalist with whom he was having an affair, but was also never punished or prosecuted.

Even more troubling is the fact that CIA agents who actually engaged in torture after 9/11 have never been prosecuted, nor have the officials who condoned or ordered torture, or the attorneys who wrote memos justifying the torture. Similarly, the officials who destroyed the videotapes that provided clear evidence of torture have never been held accountable for their wrongdoing.

On Oct. 23, 2012, in order to avoid further legal fees and to ensure that he would not face up to 45 years away from his wife and five children, Kiriakou entered into a plea agreement. In exchange for pleading guilty to the one IIPA charge, the prosecution agreed to a 30-month sentence and dropped all four of the remaining charges, including all of the Espionage Act charges. Kiriakou was the first person to be convicted under the IIPA in 27 years.

Kiriakou was formally sentenced on January 25, 2013 to 30 months in federal prison. Two days prior to sentencing, Kiriakou was honored by inclusion of his portrait in artist Robert Shetterly’s series “Americans Who Tell the Truth,” which features notable truth-tellers from American history. A short video of the Washington, DC event unveiling the portrait is embedded below.

Kiriakou reported to federal prison in Loretto, Pennsylvania on February 28, 2013 to begin serving his sentence, where he has continued to speak out in a series of “Letters from Loretto,” including his first, which provided a stunning portrait of prison life. In November 2013, the Peace and Justice Center of Sonoma County, California honored Kiriakou as its “Peacemaker of the Year.” 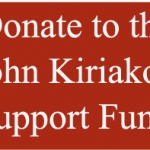 Kiriakou has paid dearly for his disclosure. He will be separated from his family for two-and-a-half years. The mounting legal expenses resulting from his prosecution left him in financial ruin, and he was forced to rent out his home and rely for several months on food stamps. In response, GAP has started the “John Kiriakou Support Fund,” which raises funds specifically to help his family.

The fact that Kiriakou is the only individual to face prison over the CIA’s torture program is a tremendous miscarriage of justice and demonstrates the selective manner in which the government decides whom to punish and prosecute. GAP’s National Security & Human Rights program continues to fight for intelligence whistleblowers like Kiriakou who make courageous disclosures to the public, and inform all of society as to what’s being done in the name of ‘national security.’