Women Whistleblowers in the Trump Era: A Celebration of Women Who Refused to Be Silenced (Part 1)

Previous Next
Women Whistleblowers in the Trump Era: A Celebration of Women Who Refused to Be Silenced (Part 1)

Women Whistleblowers in the Trump Era: A Celebration of Women Who Refused to Be Silenced (Part 1)
By Sarah Hubbard

In celebration of Women’s History Month every March, our nation honors women who have made great contributions to American history. Government Accountability Project celebrates a sometimes overlooked group of women who have served our nation by refusing to be silenced: women whistleblowers.

Over the past four years, our nation has weathered not only a worldwide pandemic, but also blatant attacks from the previous administration on immigrants, scientific and food integrity, animal rights, the integrity of federal agencies, and our national security. If not for the voices of women truth-tellers who refused to be silenced, gross abuses would have continued without reform. We may have a new administration, but the events of the past four years can never be forgotten. To celebrate Women’s History Month, we invite you to learn more about some of the brave women who have protected the public during this unprecedented time in our nation’s history. 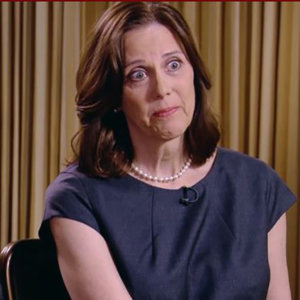 Soon after news broke in late spring 2018 about the Trump administration’s policy of separating migrant children from their families at the southern border, we were approached by Dr. Scott Allen and Dr. Pamela McPherson, respectively the medical and mental health experts in detention health for the Department of Homeland Security’s (DHS) Office of Civil Rights and Civil Liberties (CRCL), who sought assistance in speaking out about systemic problems they witnessed during their inspections of family detention centers. Dr. McPherson felt compelled to speak out to prevent imminent harm to children in detention that she knew would result from the Trump administration’s decision to detain families together as an alternative to separation. The doctors’ complaint to Congress, initially reported by the New York Times, was followed within a week by a joint letter to Congress from 14 medical professional associations calling for hearings in response to Drs. McPherson and Allen’s original disclosures. Dr. McPherson, along with Dr. Allen, has been recognized by both Physicians for Human Rights and the prestigious Ridenhour Prize for Truth-Telling as a hero for her whistleblowing.

Shortly after Dr. McPherson was profiled by CNN in May 2019, we were contacted by Ellen Gallagher, an attorney with DHS seeking support for her efforts to raise concerns about ICE’s widespread, systemic use of solitary confinement on mentally ill and medically vulnerable adult detainees in direct violation of federal regulations. Ms.Gallagher made disclosures to DHS’s CRCL, the DHS Office of Inspector General (OIG), the Office of Special Counsel (OSC), and Congress. Ms. Gallagher, having reported these concerns repeatedly for years only to see abuses from ICE escalate as detention increased under the administration’s “zero-tolerance” immigration policy, finally sought to bring public attention to the issue, speaking with The Intercept and NBC News. Ms. Gallagher’s story, like Dr. McPherson’s, tells a larger narrative about the failures of executive branch accountability mechanisms—CRCL, the OIG, and the OSC—to address whistleblower concerns that raise the alarm about practices in immigration detention facilities that are still life-threatening. 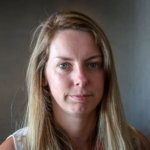 Maria Caffrey, a climate scientist, had been studying how climate change will affect coastal parks for the National Park Service when former president Trump was sworn into office. Her study had undergone peer review but the administration delayed its release, offering vague excuses. When the report was finally edited for release, Ms. Caffrey learned that all mention of human-caused climate change had been censored. She objected and a battle ensued. Federal officials tried to coerce her into removing all references to human causes of climate change with threats to remove her name from the report, never release it, or fire her. When her email correspondence with the administration was uncovered in a FOIA request, Ms. Caffrey bravely agreed to give a public statement. Thanks to the open records requests, media inquiries, and congressional investigations, her study was finally released without omissions. Subsequently, however, in retaliation for refusing to have her work censored, Ms. Caffrey was forced out of her job. In July 2019, the Climate Science Legal Defense Fund assisted Ms. Caffrey in filing a whistleblower complaint against the Trump administration. Ms. Caffrey’s incredible sacrifice has led to increasing discourse over much needed reforms to prevent silencing the scientific community.

Jill Mauer, a USDA Food Safety and Inspection Service inspector of more than 20 years, became concerned about changes to the pork inspection program, including line speeds being too fast to properly inspect the meat, which can result in contaminants like feces, sex organs, toenails, bladders, and unwanted hair reaching consumers. She and fellow inspector Anthony Vallone filed disclosures in 2019 with the OSC and also shared their concerns with the USDA Inspector General, Congress, and the press. Their disclosures, echoed by several other USDA inspectors, have prompted investigations by the Government Accountability Office and the USDA IG and are fueling congressional action to address food safety risks. While many other anonymous whistleblowers echoed her claims, it was Ms. Mauer who brought these concerns to national attention.

We’re proud to honor the contributions women whistleblowers have made to society. Stay tuned for part two of this series to read more of their stories.