Women Whistleblowers in the Trump Era: A Celebration of Women Who Refused to Be Silenced (Part 2)

Previous Next
Women Whistleblowers in the Trump Era: A Celebration of Women Who Refused to Be Silenced (Part 2)

Women Whistleblowers in the Trump Era: A Celebration of Women Who Refused to Be Silenced (Part 2)

Government Accountability Project is recognizing Women’s History Month by spotlighting women whistleblowers who have made a difference. Read part one of this series here. 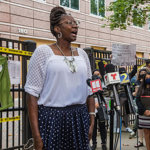 In July 2020, attorneys at Project South contacted us for advice about working with a whistleblower, nurse Dawn Wooten, who reached out to them about horrific medical failures at ICE’s Irwin County Detention Center (ICDC) after she had been demoted for raising concerns internally. Ms. Wooten’s disclosures focused largely on the endangerment of immigrants and workers from the spread of COVID-19 at ICDC, but she also revealed that women were undergoing hysterectomies and other gynecological procedures without informed consent. We filed a retaliation complaint on Ms. Wooten’s behalf, Project South filed a disclosure with the DHS OIG, and we sent a joint letter to congress requesting an official investigation. Ms. Wooten’s explosive disclosures incited passionate calls for reform, leading to more than 200 press stories about Ms. Wooten’s disclosures, demands by more than 170 members of Congress for investigations into conditions at ICDC, a visit to ICDC by a Congressional delegation, and the passing of a resolution by the House of Representatives in October 2020 citing Ms. Wooten’s complaint. Her disclosures opened the door for 57 women who were victims to come forward with their stories, with an independent medical review team substantiating evidence of medical misconduct. In December, 10 women detained at ICDC filed grievances to the medical board seeking the revocation of the offending doctor’s medical license, and a class action lawsuit was filed on behalf of survivors seeking justice for the non consensual and invasive medical procedures. 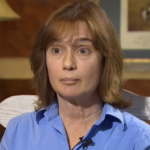 Veterinarian Dr. Karen Iovino served the Trump administration through a private contractor, MSA Security, tasked with training the explosive detection K-9 division. Through the State Department’s Anti-Terrorism Assistance Program, at least 100 of the K-9 detection units, previously sent overseas to fight the war on terror, were granted to law enforcement in six different countries, described as “foreign partner nations,” many without the same standard of care that canines receive in the US. Dr. Iovino provided internal documents indicating severe abuse, including photos of emaciated dogs and allegations that some were dying of heat stroke, parvovirus, and renal failure from tick-borne disease. Her allegations led to public outrage, multiple federal inquiries, and a review by the IG on the health and welfare of the K-9 units overseas. Following the release of a report from the State Department’s OIG documenting Dr. Iovino’s concerns in September 2019, Senators Charles Grassley and Mark Warner wrote to former Secretary of State Mike Pompeo demanding a resolution to the horrific treatment of canines once under the US government’s care. The State Department put a hold on the program, and petitions to bring the dogs home are ongoing. In retaliation for exposing their misconduct, MSA Security eliminated Dr. Iovino’s position. Dr. Iovino, who spoke up at great cost, is a hero for her efforts to protect these animals. 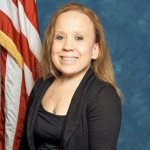 This month we remember the attacks on the integrity of our national security that were uncovered thanks to whistleblower Tricia Newbold, a manager in the White House’s Personnel Security Office and 18-year government employee. Ms. Newbold blew the whistle on senior Trump administration officials for granting security clearances to 25 individuals who had been denied for disqualifying reasons, putting the security of our nation at risk. Ms. Newbold, who had been involved in the process of denying the applications, chose to speak up to the House Committee to disclose this blatant disregard for national security protocols. After she came forward, Ms. Newbold reports that she experienced humiliating retaliation from her boss. Despite juvenile attempts to push her out, Ms. Newbold continued in her position with the Executive Office of the former President. We are grateful for her dedication to maintaining the integrity of our national security and celebrate her great contribution as a woman whistleblower. 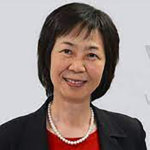 In January of 2021, whistleblowers notified Congress and the federal agencies assisting whistleblowers of at least $2 million in gross waste spending that took place in a mere three months by the U.S. Agency for Global Media (USAGM), the parent agency of Voice of America (VOA). These individuals exposed former Chief Executive Officer Michael Pack’s politically motivated abuse of authority, including violating the VOA legal firewall that protects journalists’ independence, terminating the presidents of all of the USAGM-funded networks, and removing critical senior staff and/or revoking their security clearances to replace them with political appointees. Among the whistleblowers was longtime USAGM journalist Kelu Chao, who after being retaliated against and reassigned by former CEO Michael Pack, replaced him as CEO when he was asked to resign by the incoming Biden administration. Along with her fellow whistleblowers, many of whom have now been restored to their posts, Ms. Chao has helped restore accountability to USAGM and VOA.

While the past four years have been uniquely challenging for our nation and the need for whistleblowers great, women whistleblowers have been the unsung heroes for decades. As we acknowledge these courageous women and their contributions to our nation’s history, we must remember that whistleblowing often comes at a cost, both personally and professionally. Like all whistleblowers, women who choose to speak up may face retaliation, public scrutiny, isolation, and stigma that can last a lifetime. It is with this in mind that we have developed multiple free resources to educate potential whistleblowers about their rights, risks, and options, and encourage all whistleblowers to seek expert legal counsel as early as possible.

This list of women truth-tellers we’ve profiled here is of course not exhaustive. Other important examples include Reality Winner, the former Air Force linguist and intelligence contractor, who blew the whistle to the press about Russia’s attempt to hack into U.S. voting system software to interfere with the 2016 presidential election; Rebekah Jones, the former data scientist with the Florida Department of Health who refused to censor data to minimize the scale of the coronavirus outbreak in the state; and former U.S. ambassador to Ukraine Marie Yovanavitch and Fiona Hill, the former National Security Council director for Russia and Europe, both of whom testified before Congress at Trump’s first impeachment hearing to validate the Ukraine whistleblower’s disclosures about efforts to pressure the President of Ukraine to influence the 2020 U.S. election.

We’re proud to honor the courageous contributions of these women who refused to stay silent in the face of serious misconduct. Their legacies will join those of so many other women whistleblowers of the Trump era who used their voices to protect the public interest and promote justice.