Speaking Up for Science:
A Guide to Whistleblowing for Federal Employees

Escalating censorship and aggressive efforts to silence federal scientists at federal agencies threatens Congress’s ability to engage in oversight, hampers citizens’ right to know about threats to public health, safety and the environment, and undermines policy-making that depends on science and evidence-based data. These efforts also create a chilling effect on the many federal employees committed exercising scientific and professional integrity in fulfilling their agencies’ mandates. However, federal employees have rights to report concerns about serious wrongdoing—gross mismanagement, gross waste of funds, abuse of authority, substantial and specific dangers to public health or safety, and scientific censorship that would result in any of these forms of misconduct—free from reprisal. Government Accountability Project’s Speaking Up for Science: A Guide to Whistleblowing for Federal Employees seeks to empower and protect federal employees of conscience, particularly those working in science-based agencies, by offering guidance about the legal rights of employees to blow the whistle and offers practical advice for making disclosures about wrongdoing in the safest and most effective ways possible. 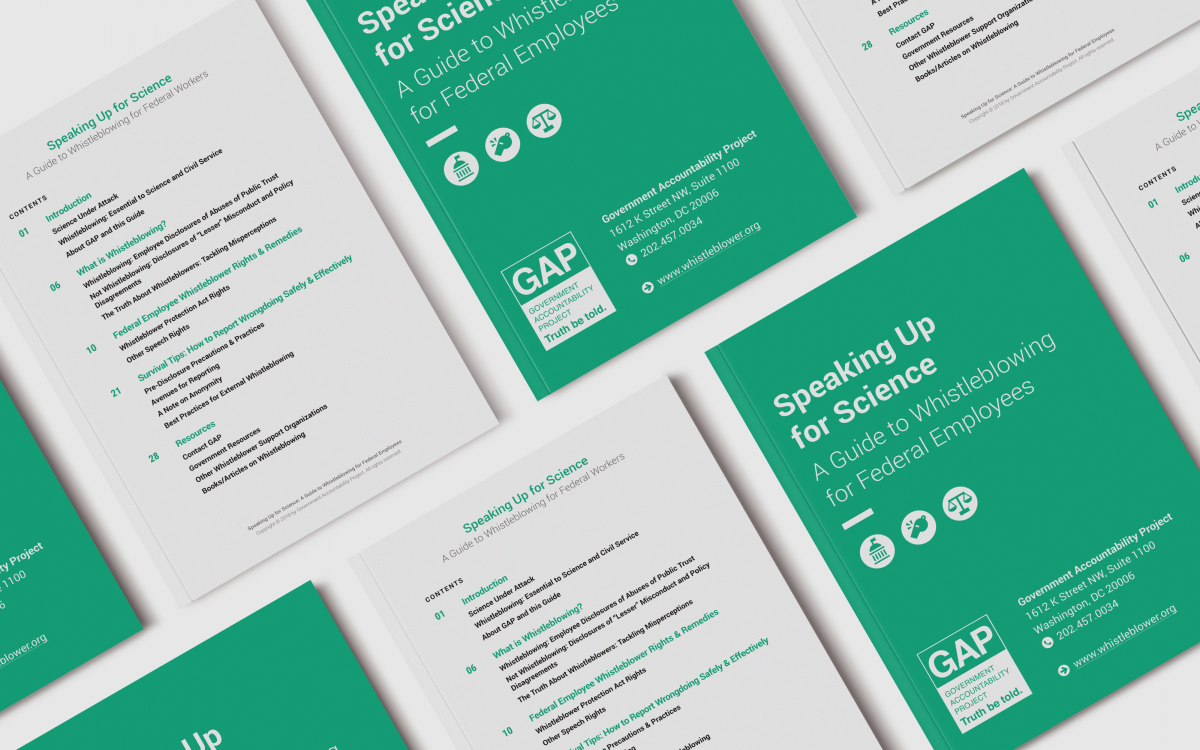