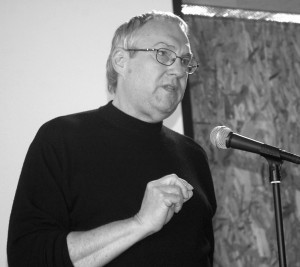 Climate Science & Policy Watch (CSPW) evolved from Climate Science Watch, a watchdog operation of Government Accountability Project founded in 2005 by federal whistleblower Rick Piltz. Frustrated by chronic censorship and nefarious political interference in government climate science he had observed throughout the George W. Bush administration, Piltz blew the whistle and quit in protest his position as a senior associate in the US Global Change Research Program (USGCRP) Coordinating Office. His disclosure of politically motivated editing of scientific documents by a White House political operative was reported on the front page of The New York Times on June 7, 2005. The impetus for In a media interview at the time, Piltz said he wanted “to contribute to public understanding of the problem of what happens when scientific assessments of climate change are misused in the political arena.”

From 2005 until he passed away in late 2014, Piltz directed Climate Science Watch: he penned hundreds of blog posts, many of which exposed continued political interference in government science; appeared frequently in the print and broadcast media; testified several times before Congress; and was featured in a documentary film, Everything’s Cool.

In 2015 a handful of Piltz’s closest associates met together at Government Accountability Project to discuss how best to carry forward Piltz’s vision. The bold decision was made to reconstitute CSW as Climate Science and Policy Watch, so as to add to the original mission – holding government accountable for using climate research with integrity – a sharp focus on public policy responses to the existential threat posed by global climate change.

CSPW champions those who courageously stand up for science and who break the silence to speak out against climate denial and inappropriate political interference in federal climate science and related policymaking. We work collaboratively with strategic partner organizations such as Public Employees for Environmental Responsibility (PEER), the Union of Concerned Scientists (UCS), the Center for Biological Diversity (CBD), and a host of science-oriented professional societies.